Chad and I recently visited the Pacific Science Center to view their special exhibit “Terracotta Warriors of the First Emperor”. This exhibit was brought to America solely for viewing here in Seattle and then in Philadelphia at the Franklin Museum before it will return to China.

When China’s first emperor Qin Shi Huang was buried, he wanted to be surrounded by treasures and guards to protect him for eternity.The ruler of the Qin Dynasty really wanted to become immortal, but failing that, he wanted to create a second empire built underground beside his grave. The treasures he had. 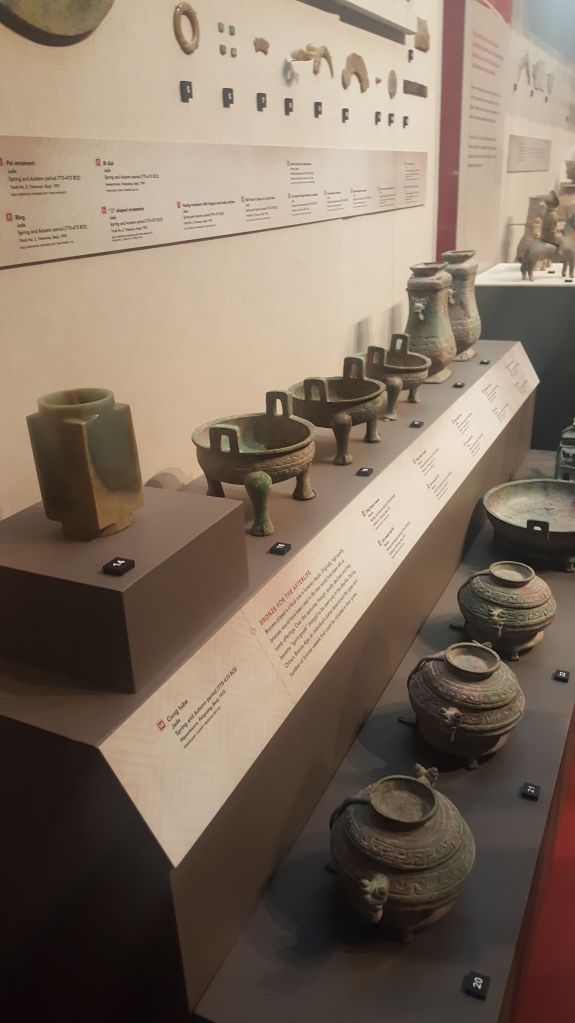 The guards…well no one wanted to be buried alive, so instead the Emperor had guards created for him sculpted out of terracotta clay. And not just a few guards… 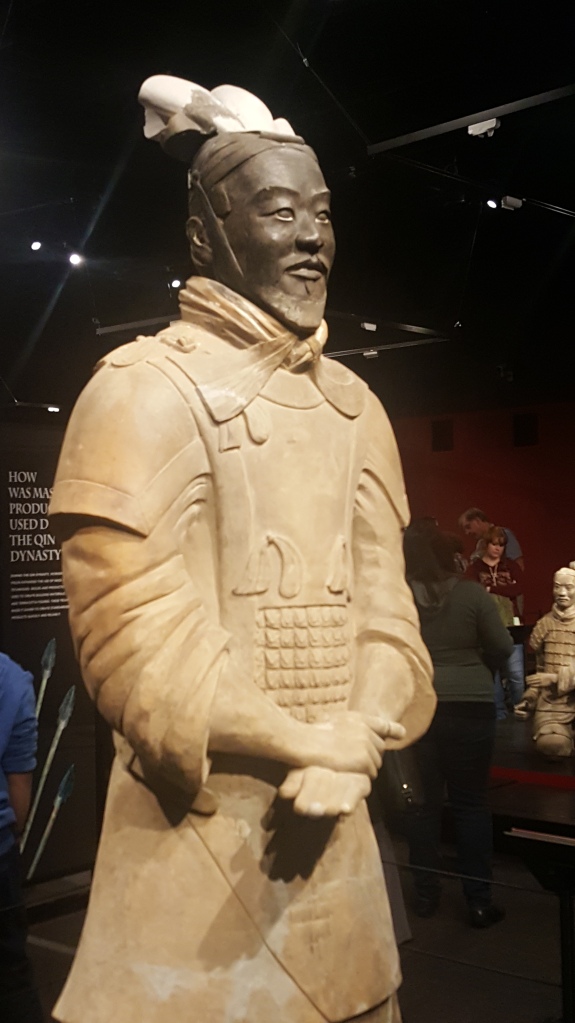 In 1974, in what has been described as one of the greatest archeological discoveries in the world, farmers digging a well outside the city of Xi’an, China discovered the Emperor’s burial site. Archeologists then unearthed approximately 8,000 soldiers which were created more than 2,200 years ago (the Qin Dynasty lasted from 221 to 207 BC). Roughly 2,000 figures have been excavated and the burial site remains an ongoing excavation site forty-three years later.

A small, but impressive group of these artifacts is on display in the “Terracotta Warriors of the First Emperor” exhibit through September 4. Roughly 700,000 workers created the terracotta figures for the Emperor and each soldier has its own unique facial expression (imagine making more than 7,000 unique statues!).

Originally, the statues were painted bright colors, but over time the colors faded away so now all the artifacts appear as gray clay figures. 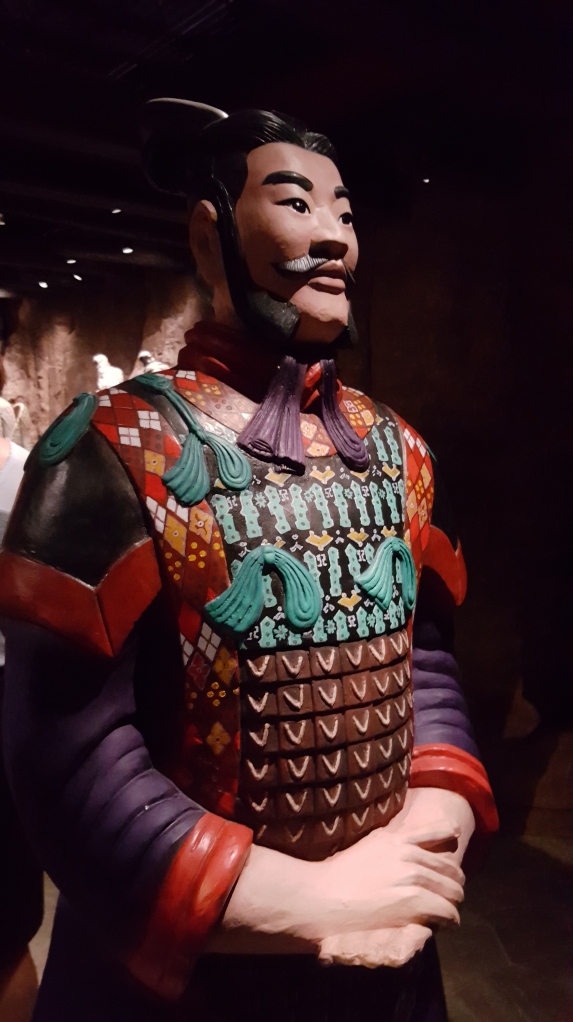 The people of the Qin Dynasty were excellent horse breeders, which led them to be the first warring state to use cavalry in battle. Because of the importance of horses to this dynasty, there were at least 400 terracotta horses and 100 chariots buried with the Emperor and a few of these are on display in this exhibit.

While many of the artifacts are the real deal, there are a few replicas, including this group of horses leading a chariot. 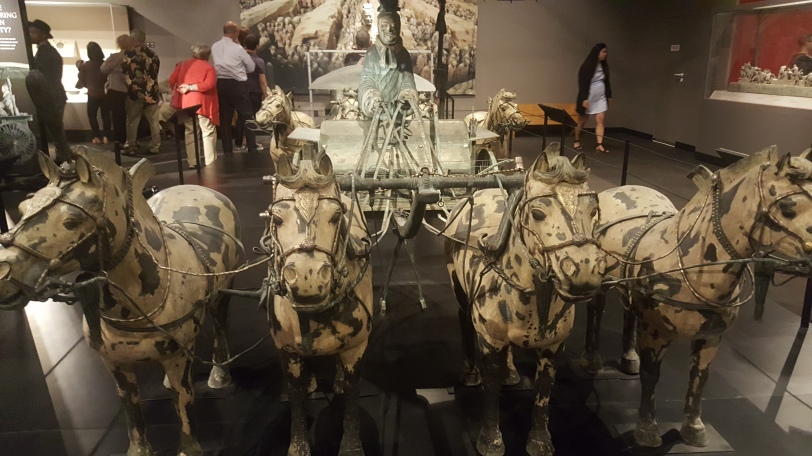 Before the excavation, the real horses and chariot had fallen into more than 1,000 pieces. It took eight years’ renovation work to reproduce the original appearance of the chariots and horses. Because of this time, toil, and the fragility of the original group, the horses and chariots on display are replicas. But still impressive to look at!

The Emperor’s burial site spans about 22 square miles and contains several pits in which the guards stand in formation. To date, four pits have been unearthed and the site was praised by former French Prime Minister Chirac as the “Eighth Wonder of the World.” It was named a UNESCO World Heritage site in 1987.

If you can’t make it to China to visit the mausoleum site (which is now a museum), this magnificent collection is only on display at the Pacific Science Center through September 4, so please hurry to see it, if you haven’t been yet.