Spittoon Races at The Brick

So read thousands of hand painted signs created by the Boy Scouts and the Anti-Tuberculosis League of Cincinnati in 1909. Yes, there were times when tuberculosis raged and could be spread by spitting on the floor.

Most people have become familiar with spittoons as a ubiquitous receptacle for used chewing and dipping tobacco throughout the Old West.  But few, including myself, know the origins of of spittoon.

The Spittoon began in Portugal. Known as the “cuspidor” or “cuspir”, the Portuguese  verb for “to spit”, the spittoon has a long history in America. Spittoons were not only found in the dusty bars of the Old West but also courtrooms in Chicago and US Capitol building as recently as 1914.  Today, specifically in the picturesque town of Roslyn, WA, the spittoon took on an entirely new and less disgusting role, that of raceway.

For the past 27 years, The Brick, the “oldest saloon in Washington state” (now in its 126th year), hosts the Annual Spittoon Boat Races.

Susan and I have been to The Brick many times. Introduced to us by our friends and outdoor compatriots, Jim and Kristen Jones, the Brick has numerous antiquities found within its doors.

A bold and powerful wood burning stove, a large appointed room that can easily handle 100+, and a beautiful and highly ornate handcrafted bar that takes up the first third of the restaurant.

This bar, brought over from England, just so happens to be equipped with a water-running spittoon that runs the length of the bar. Thankfully, unused by today’s patrons.

The Boat Races began at noon with heats continuing all day.

Two boats from the separate categories of “Wood,” “Wax,” and “Experimental” raced at a time.

Cameras were positioned at the start and end of the race to capture and broadcast all the action throughout the restaurant on numerous TV’s. 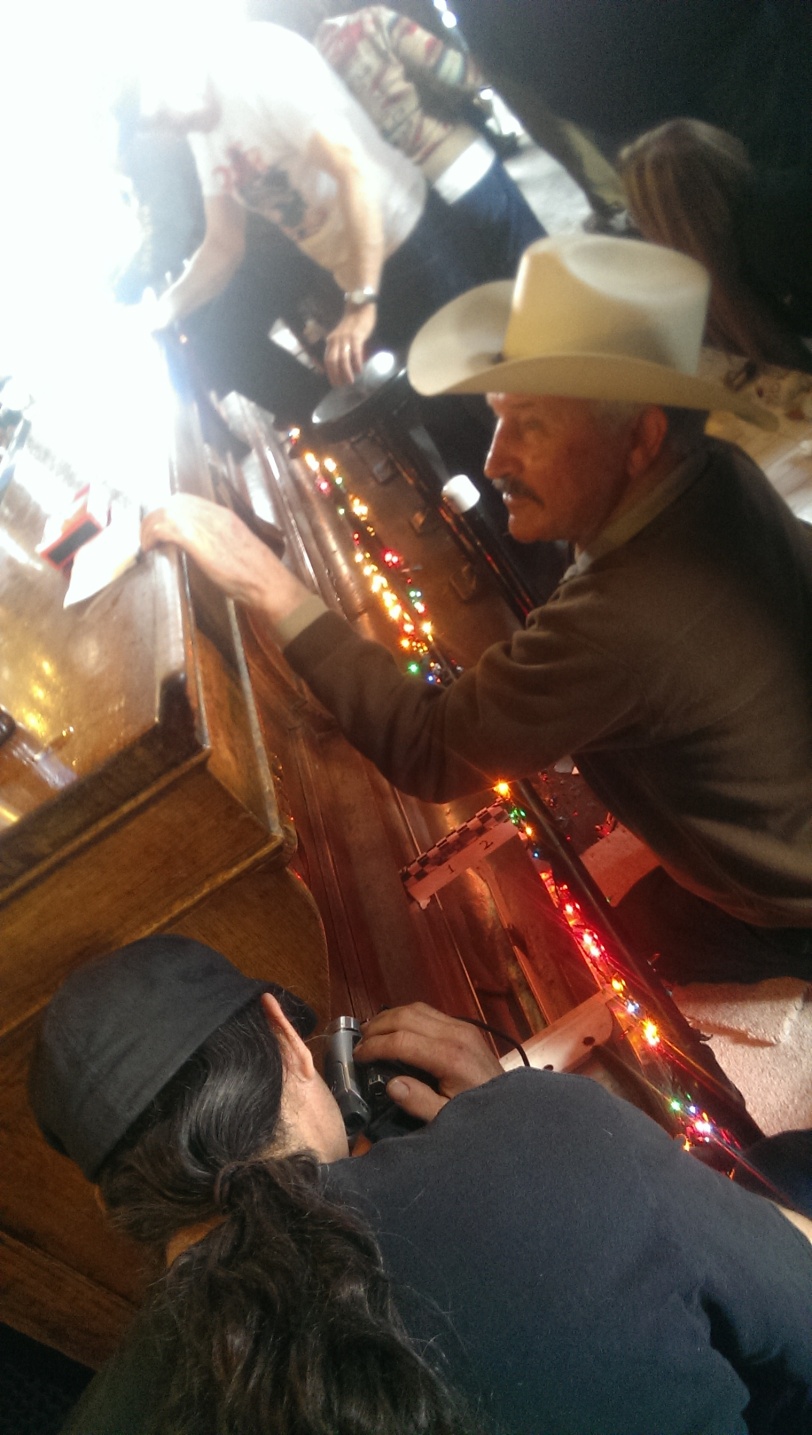 Announcer Mike Sweet was within sight of the finish line and did the play-by-play. Amazing! 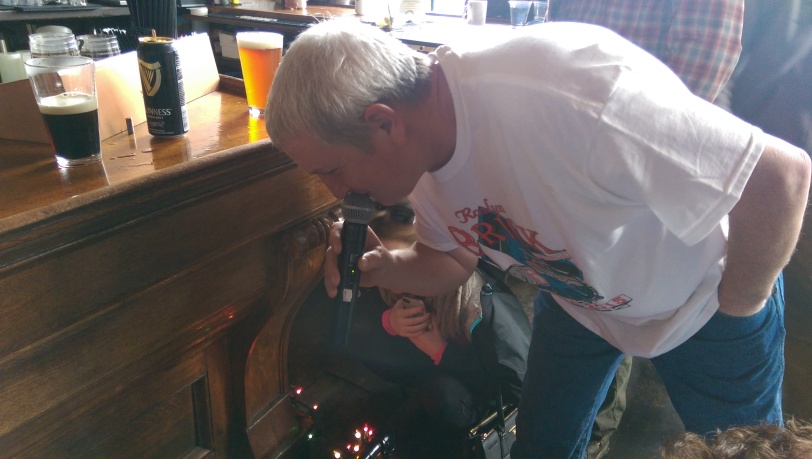 Towards the back of the restaurant a large table allowed racers to showcase and discuss their designs, do a bit of boasting and prepare their boats for their next race. 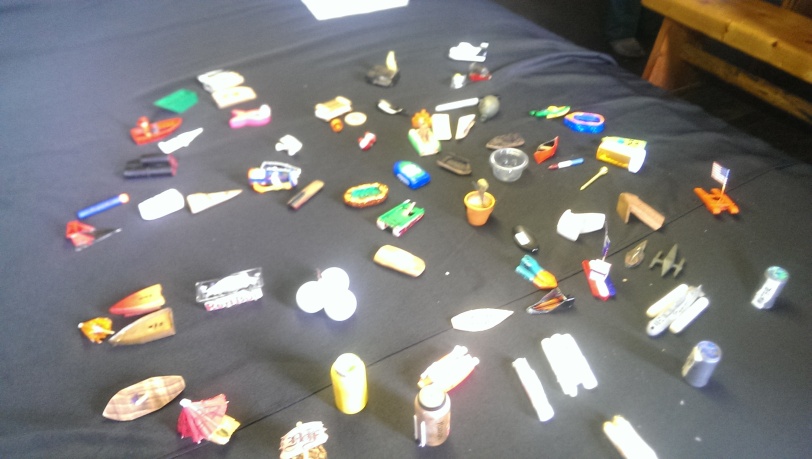 Everyone was so kind and eager to discuss designs and tactics of each floating object, for lack of a better and more uniform description. Some racers used motors that sped them down the spittoon to victory, others were floating plastic spoons or medicine tubes. 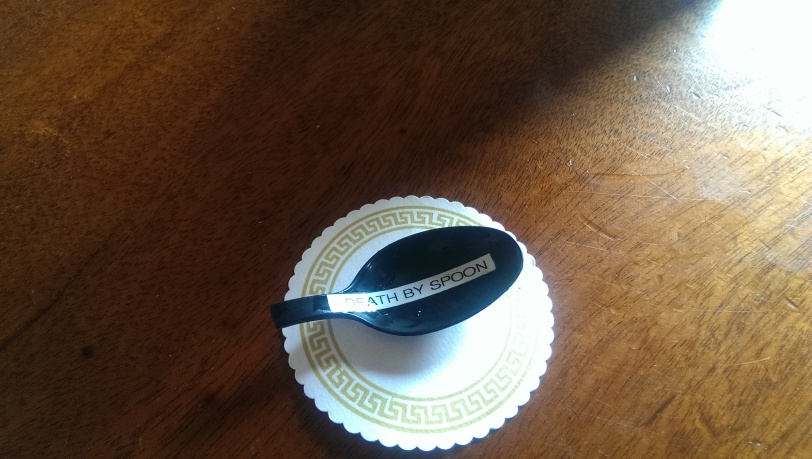 Most boats were a combination of items found around the house. The goal was speed, limited drag and of course, buoyancy. As you can imagine, the setting also made for some interesting and racy team names.

With each heat the cheers of the growing crowd signified that a new winner had been crowned.

Susan and I, with new friends all around us, cheered on each victory as if we had paid the entry fee and toiled in our basements to create our own floating device.

While watching one of the races, I noticed a woman walking around who truly embodied the spirit of this old west saloon. She wore chaps, a western shirt and a commanding cowboy hat.

After chatting with her a bit, we learned that she and her mother had ridden some horses down from their business, Corral #5.

Corral #5 it turns out offers Natural Horsemanship Training and lessons for all ages. They will also take you on a guided tour of the surrounding area including tours that offer amazing views of the Stewart Mountain Range. I am certainly going to give the ladies at Corral #5 a call this summer to book some tours with family and friends.

After numerous races, Susan and I took a break to have some lunch in what typically is the family area. The races were broadcast on nearby TVs, so no action was missed.

As the day continued, more races anointed new champions while others were comforted by friends and a cold beer. Regardless, victorious or not, it’s always better to have tried and failed than never to have tried at all.

We decided to head back to Seattle after hours of races. The Spittoon races did not miss and for me, finished first among all the things I’ve done in Roslyn. I would highly recommend anyone visiting or living in and around Seattle to attend this event next year (typically held in early March).

This is pure mountain entertainment where you can witness a rare competition and meet some really great people. 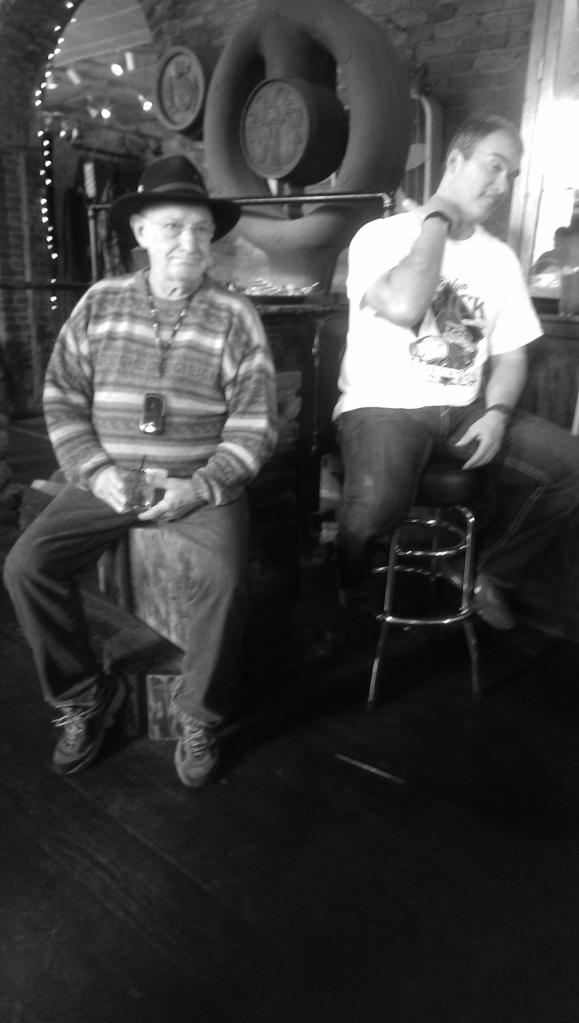 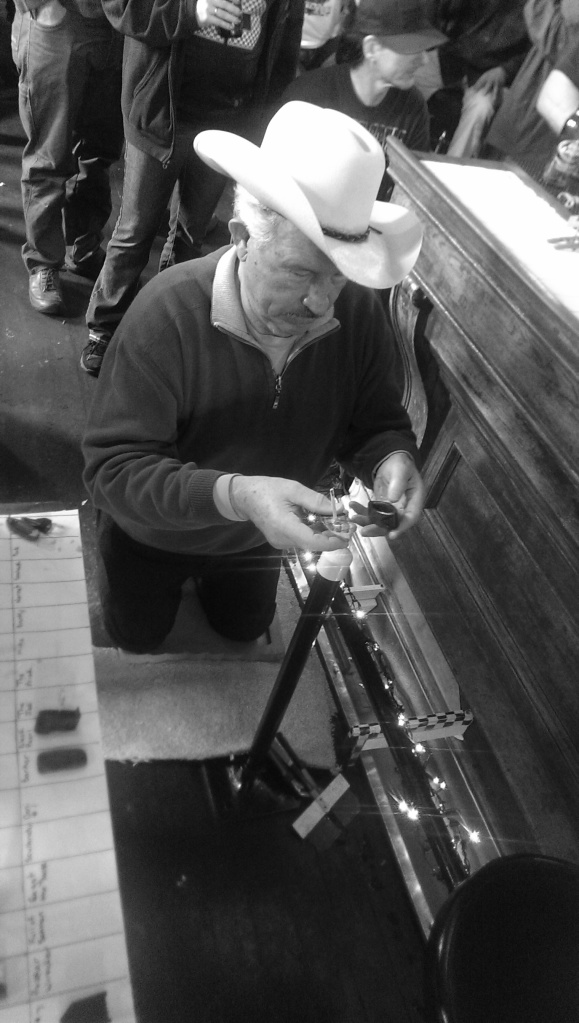 I hope this becomes an annual experience for us and who knows, maybe Susan and I will enter a boat next year!

Oh and of course, we had to say “hi” to the Corral #5 horses on the way out of town. 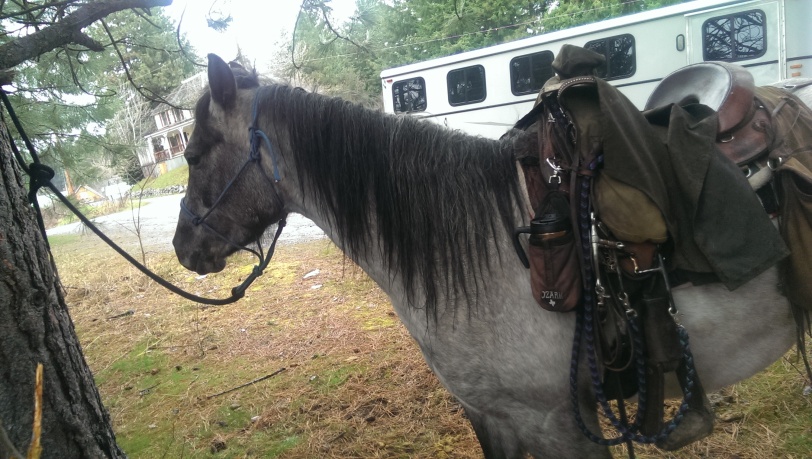