Wanting to go somewhere new on a recent Sunday, Chad and I got in the car and, on a complete whim, decided to go to Lummi Island, one of the small, “forgotten” islands in the San Juan Islands chain in northern Washington. 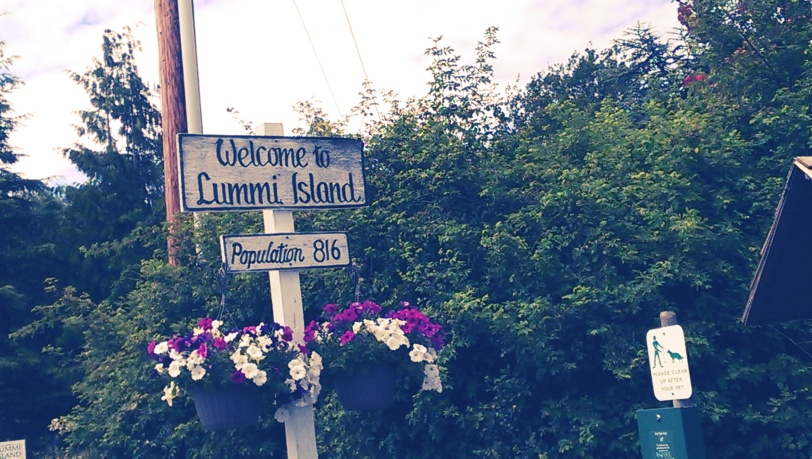 The main reason Lummi island is far from forgotten, however, is that is home to one of the top restaurants in the world (that’s right, not just Washington, not just the U.S., but the world) – The Willows Inn. (More on this later).

Unlike San Juan, Orcas and Lopez Islands, which you can get to from a ferry leaving Anacortes, Washington, Lummi is accessed via a small ferry run by Whatcom County out of Bellingham.

The Whatcom county ferry runs every hour from 6:00 am to midnight between Gooseberry Point (Bellingham) and Lummi Island. We later learned that this hourly schedule is subject to change if a long line of cars builds up. Then the ferry runs twice an hour.

We drove up to Bellingham and prided ourselves that this was the farthest north we have yet to drive (typically we only go so far as Mount Vernon on I-5). This was also exciting to us because the highway past Mount Vernon becomes a veritable arboretum – sooooooo many trees everywhere, incredibly beautiful.

Once we got to the ferry landing, we had to chuckle at how small and quaint it was. So different from the Washington State run ferries, which by comparison are big-time operations.

The Whatcom County ferry holds 20 cars (maximum) with a few cyclists and walk-on passengers as well. The ride between Gooseberry Point and Lummi Island takes a whopping 5 minutes. We joked that we could probably swim across, but the ferry is more charming and let’s face it – dry.

Once over on Lummi, we had no real agenda. So we just drove around the few streets on the island, viewing the “Scenic Estates” on the south end of the island and then driving up north and west towards The Willows Inn.

So about that Willows Inn – it is an historic lodge which was housed and fed guests for more than a century. It has risen to recent acclaim in the past few years with the addition of chef Blaine Wetzel, who was named by Food & Wine Magazine as the Top New Chef of 2012. Chef Wetzel grew up in Washington, but studied and apprenticed around the world, most notably at Noma in Copenhagen. In 2011 the New York Times noted The Willows Inn as “One of the 10 Restaurants (in the world) Worth a Plane Ride.” Chef Wetzel has gone on to be a James Beard award finalist in 2013 and this year to be named the James Beard Rising Star Chef of the Year. Most of the food is farmed literally next door to the Inn, with fish caught off of Lummi’s shores. It would be hard to get fresher food than this. 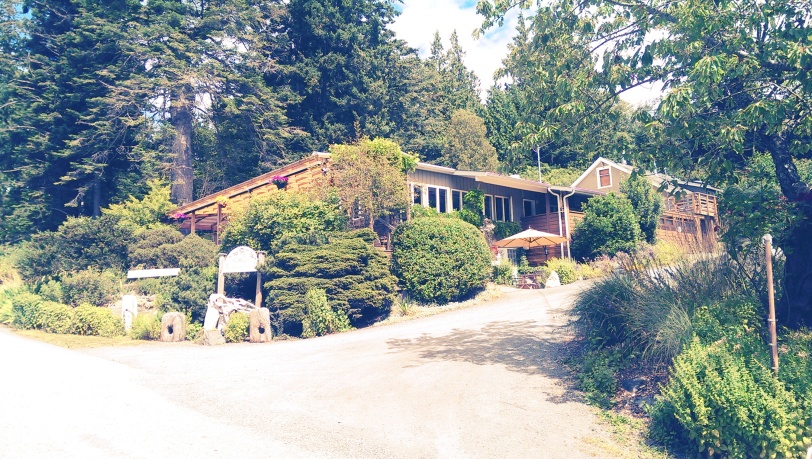 Despite these accolades, Chad and I did not have reservations…so…we will have to visit another time.

We wandered on to Sunset Beach just down the road from The Willows Inn. Despite a full beach parking lot, there seemed to be only one other family on the beach, so we enjoyed a nice mostly-private stroll. 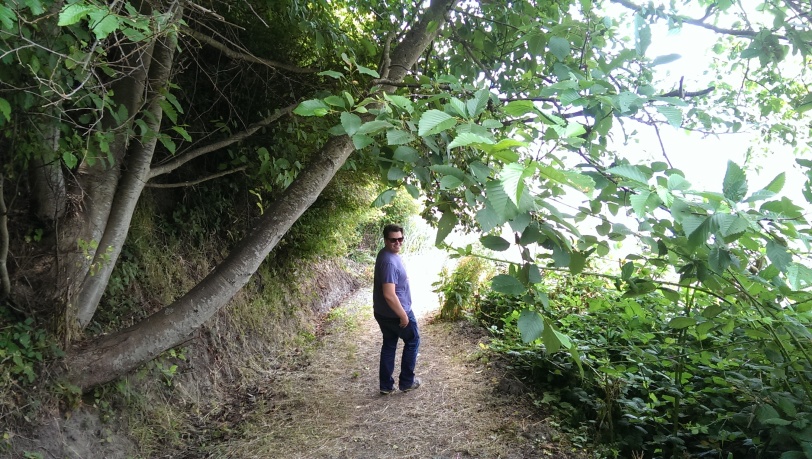 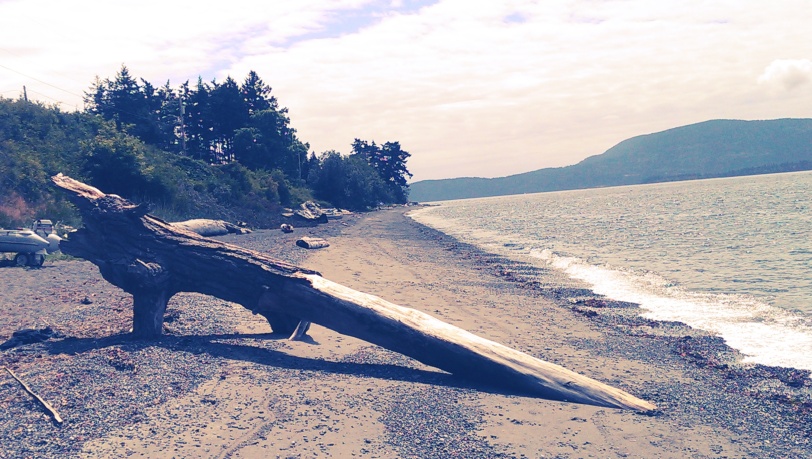 As we walked along the beach, we saw a large rock about 50 feet offshore. Coming closer, we spied a baby seal pup resting on the rock. I could have stayed there all day and watched the cut seal pup as he slumbered and occasionally stirred to shift positions in the warm sun.

A seal pup sleeping on a sunny rock.

But we decided finally to give the seal some privacy, so we journeyed on down the beach.

After our beach stroll, we drove along the west coast of the island, approaching Lego Bay. There were many, many seagulls at Legoe Bay – Chad was delighted. We drove past tranquil forests and rolling meadows of farmlands.

As far as things to do on Lummi – the island boasts a beautiful 1,600 foot hill which begs to be hiked, however we couldn’t find any trail. Apparently, there is a trail, not to Lummi Peak, but to the ridge. This trail can be accessed on land owned by the Lummi Island Heritage Trust. Not knowing about this before we went, we did not seek or find it, but it is good to know for the future – because the views from the ridge have to be insane.

The most popular activity on Lummi Island appears to be cycling. The roads on Lummi (population 816) are relatively low traffic, and while there are a few hills, the roads offer a scenic island bike ride. 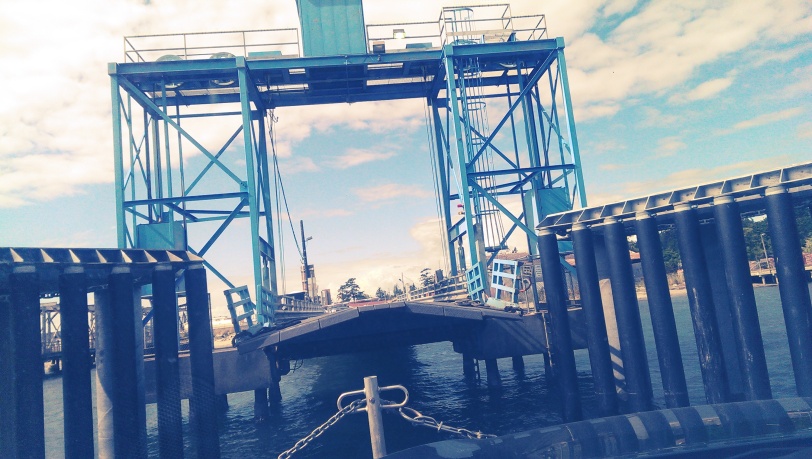 My two favorite things about our quick jaunt to Lummi were 1) the ferry – it is so darn cute! and 2) seeing the seal pup off Sunset Beach. 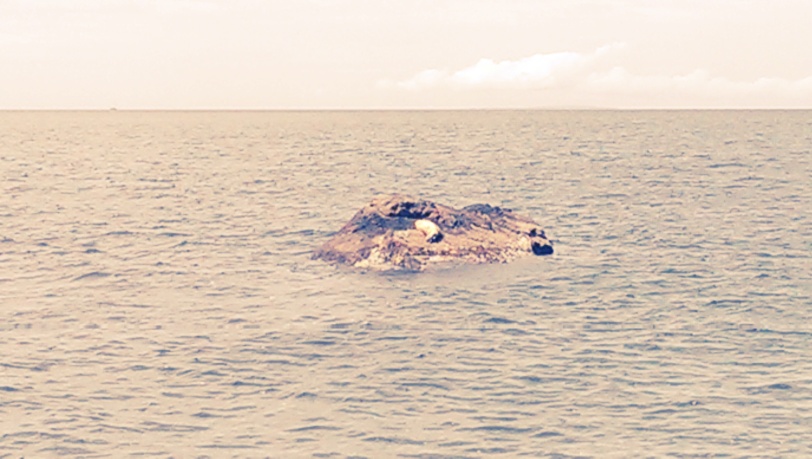