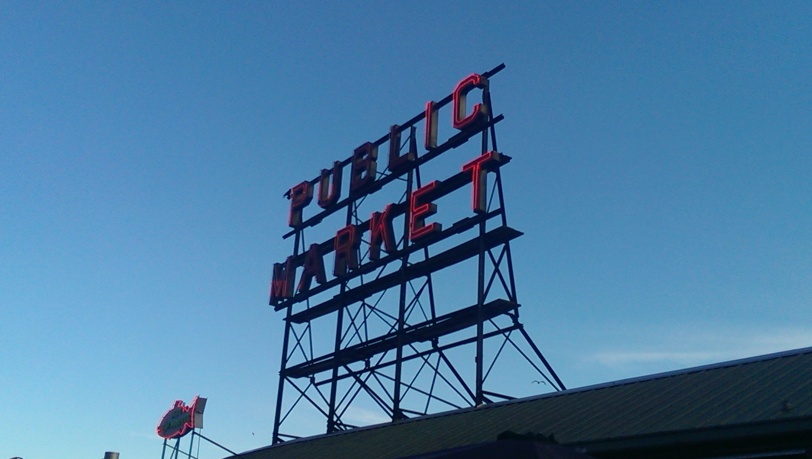 One night, 70-some food/beer/and wine vendors, and 1000+ Seattleites under one roof at Pike Place Market. This is “Arcade Lights” – a benefit for the Pike Place Market Foundation, which keeps the market a wonderful, thriving community. 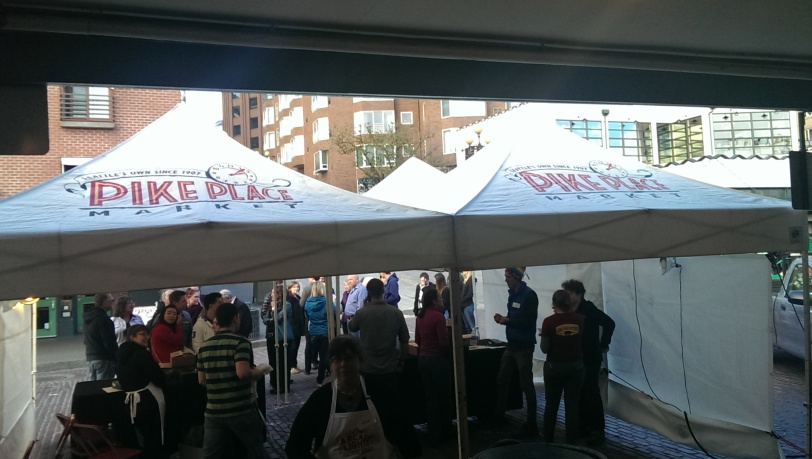 For a $35 advance ticket, you gain entrance to Pike Market after hours, and you get 10 tokens to use for the variety of food and drink offered by the vendors. One token bought one food or drink offering and you could purchase additional tokens inside.

We wisely purchased our tickets in advance and were told that advance ticket holders could enter at 6:30 pm for the 7:00 pm event. So we casually sauntered over to Pike Market around 6:30. Thankfully, there were only about 50 people ahead of us in line. Soon after we joined the line, the line behind us got larger and larger until the volunteers opened the doors.

As a first-timer to this event, I’ll admit it was a tad overwhelming. The volunteers handed us a map when we entered, but it was so crowded, it was hard to concentrate on the map and shuffle forward with the masses, all while trying to see what food or drink we were passing. So we ditched the map and just relied on our sights and smells to direct us. Once we walked the circuit of vendors, we felt less overwhelmed and were better able to make our choices.

We were impressed by the variety of artisan vendors present. There were pickles from Britt’s Pickles, 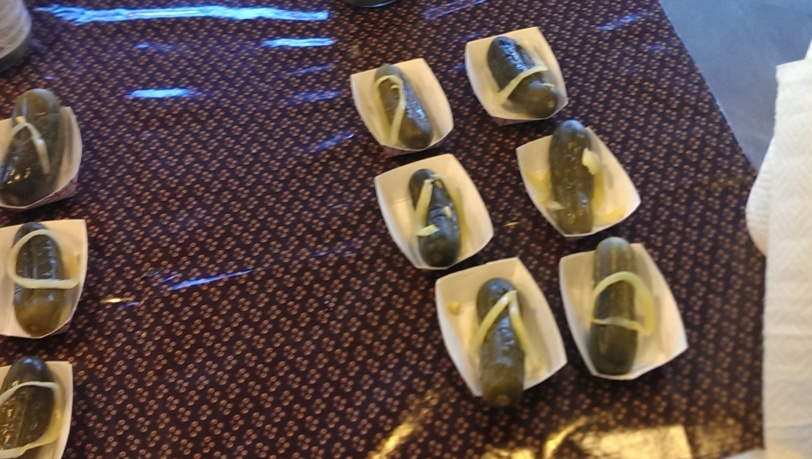 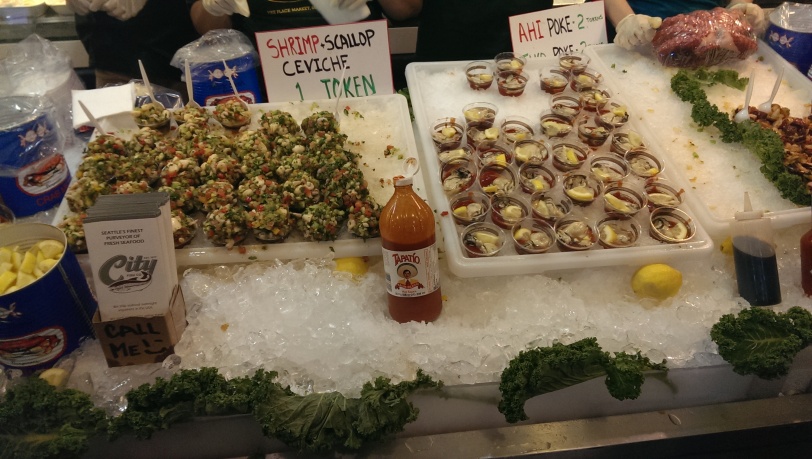 Russian piroshkies (from Piroshky Piroshky), and gourmet waffles (from Sweet Iron Waffles – which were topped with melted brie and fried basil. No joke – this was the most delicious bite I had all night!).

There were wine vendors from the many wine regions in Washington, micro-brew vendors, and even a few scotch/whiskey distilleries. 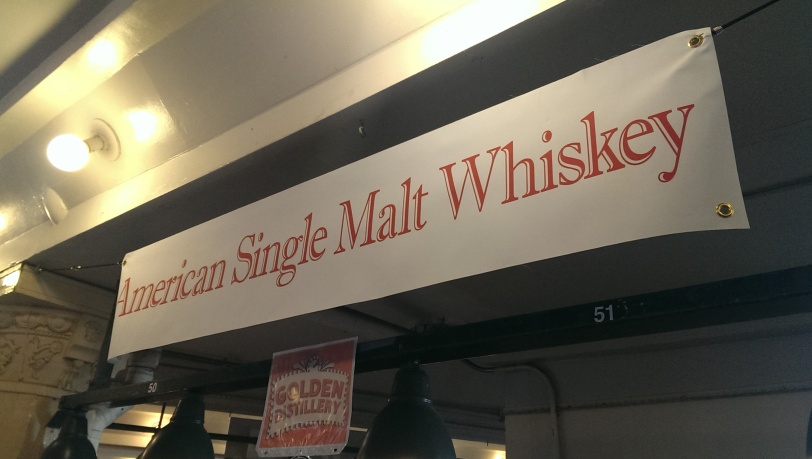 I’ll admit I didn’t get the chance to take many good photos due to the crowds and my hands were full with food and drink.

But trust me – it was an enjoyable event!.