This past weekend Susan and I were excited to head out of town, back towards the Olympic Peninsula and into the welcoming sun which had been elusive during the week. The plan was to head to Fort Flagler State park stopping along the way as we saw fit. We drove to Edmonds and boarded the ferry bound for Kingston. After docking, we did a short drive around Kingston, knowing that when we returned to the ferry we would likely have more time to explore.

As we made our way out of town, I came to find out that Kingston was having a “Meatball Fest.” Sadly, we had to continue on, though this is a fest that may bring me back.

Our first stop was the idyllic town of Port Gamble.

Port Gamble, which resides next to the entrance of the Hood Canal, combines old nineteenth century charm and history with a sort of Leave it to Beaver feel. All of the buildings along the main street have been beautifully restored and maintained. This preservation started in the 1960’s and Port Gamble was declared a National Historic Landmark in 1966. When you walk these streets, you will see why. 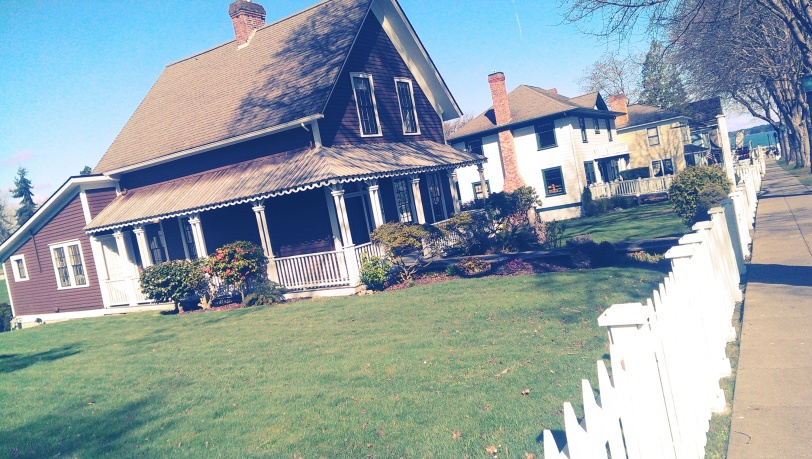 As you enter the town, you are met by two remarkable water towers that seem to act as both sentries and a small welcoming committee to the village. Susan and I walked the full length of N. Rainier Avenue (the main street in town). There are many small businesses in the historic buildings, a small local theater company that looks quite good, a post office and a barber, all in the same building I may add. 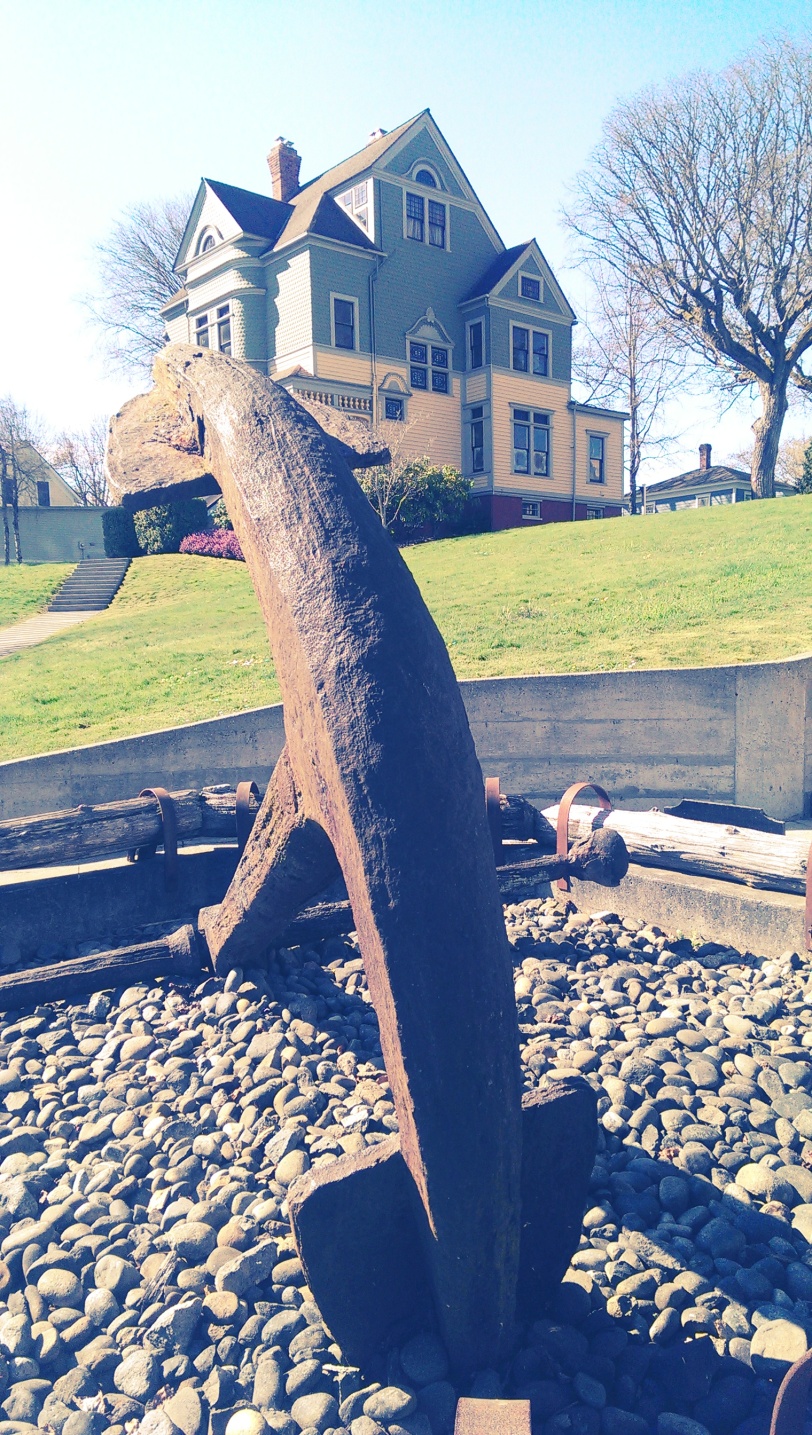 There are a handful of stores that sell artisan crafts (that I’m certain do well during the summer travel season) and a there is a remarkable general store which houses a museum of sorts for local sea-life on its second floor. Lots of odd creatures from the past live upstairs, so don’t miss this!

It’s well worth the visit for the views of the Hood Canal and what is left of the Puget Mill Company. A few interesting facts about Port Gamble: It was the setting for the 2010 zombie film, Zombies of Mass Destruction (I know you saw this!) and it is also the home of the grave of Gustave Englebrecht, the first US Navy sailor to die in the Pacific.

We left Port Gamble on our way to our next destination, the community of Port Ludlow. We crossed the Hood Canal bridge (which is pretty nice) and made our way along the water, ending up at the Inn at Port Ludlow.

The Inn at Port Ludlow is a beautiful resort hotel that sits adjacent to the a small bay off Port Ludlow. We noticed it from the main road and had to take a look. The Inn is surrounded by a really quaint development of homes. We walked through the Inn, which is amazing. Very formal and elegant is how I would describe it, but not pretentious by any means. If you walk past the two main restaurants towards the back of the hotel you can exit and walk down a path towards the bay. Greeting you are two perfectly placed adirondack chairs with views of a small marina and at the end of the path, a large totem pole that is well worth a closer look. 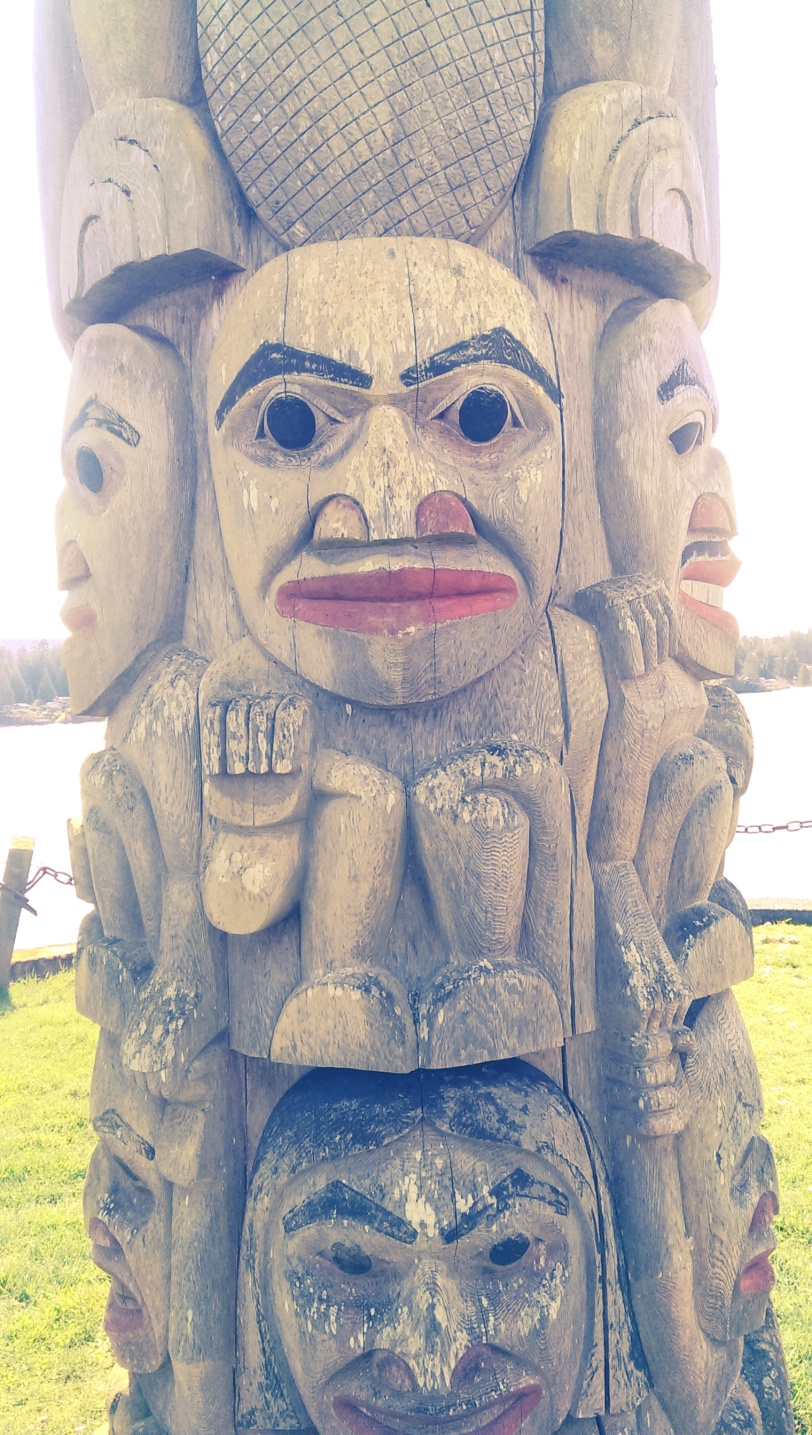 We left Port Ludlow and headed towards Port Hadlock to grab a bite before continuing our journey. Susan and I like to eat like locals when we travel, so we settled on the Valley Tavern, a place that is about as local as you can get.

Valley Tavern is chalk full of history and most of it resides on it’s walls. Susan and I grabbed a booth and were greeted by a friendly woman who was not only responsible for the bar and taking all orders at nearby tables, but we also discovered she cooked all the food in a toaster oven located behind the bar. (The food was surprisingly delicious!)

We inquired about the food, ordered, and I then asked about these odd plastic protrusions handing from the ceiling. She quickly uttered “pull tabs” in response to my question of, “what is that”. For those of you who are unaware of the nature of a pull tab, simply put, they are small little instruments of gambling. Alas, we did not risk it.

After eating and saying our goodbyes, we headed out for Fort Flagler. Fort Flagler is part of the Fort Flagler State Park situated at the end of Marrowstone Island. Established as a Coastal artillery fort in 1897, Fort Flagler was active until 1953. The Fort is made up of various parts, from actual artillery turrets equipped with real cannons to an area once used to launch mortars at enemy ships. 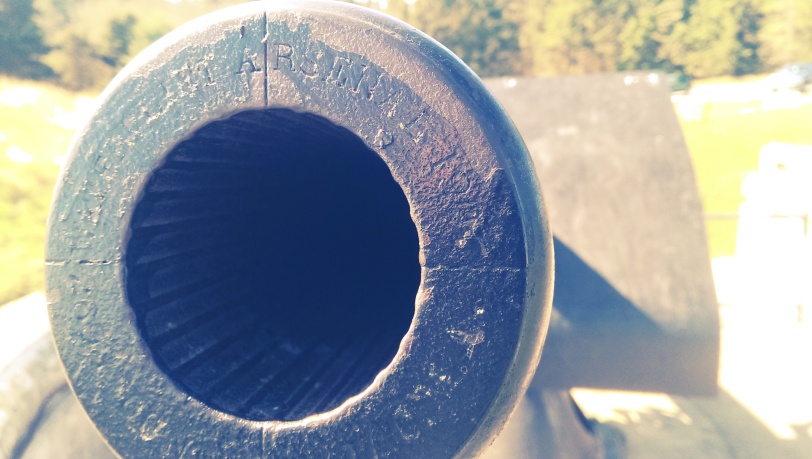 Once you arrive, there is a really detailed museum where you can learn about the history of the fort, the surrounding area, and the men and women who were posted here. Nearby are old barracks for both enlisted and officers, a parade ground, lots of buildings dedicated to supporting the fort and homes previously used by high-ranking officers that you can now rent. Group events can also be booked, we learned.

Susan and I explored the entire Fort, climbing around the massive guns, marveling at the views and appreciating the history of this really well preserved fort. 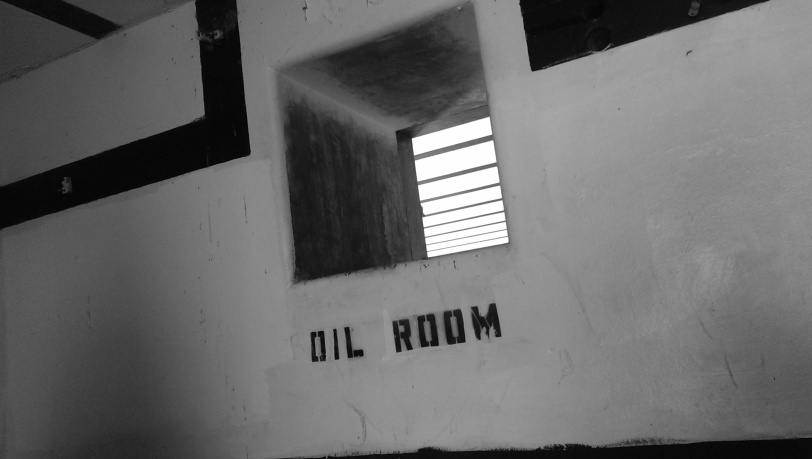 We also came across a goat that lives in the sewer lagoon adjacent to one of the gun positions. Finding this odd and having bonded with him, I later researched why anyone would have a goat locked into a sewer lagoon. The answer is simple: as the sewage moves from lagoon to lagoon, becoming more purified along the way, caretakers needed a way to insure grass and other brush would not contaminate the sewage. Enter the sewer lagoon goat. Little trivia for ya and on a side note, he did seem rather content, though I think adding another goat for company would be a good idea. Especially when he tried to headbutt me through the chain link fence. 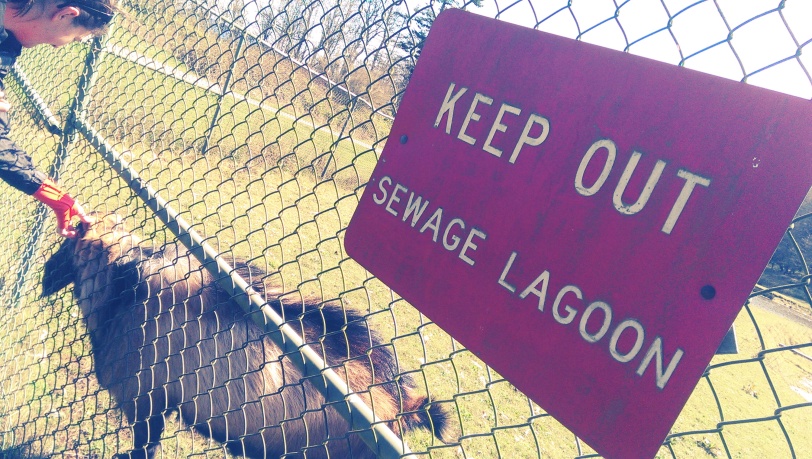 After quite some time at the Fort we departed for Seattle, having had quite the adventure. So, next time you head towards the Olympic Peninsula, take some to time to stop at these charming towns and Fort Flagler and say hello to the sewer lagoon goat.